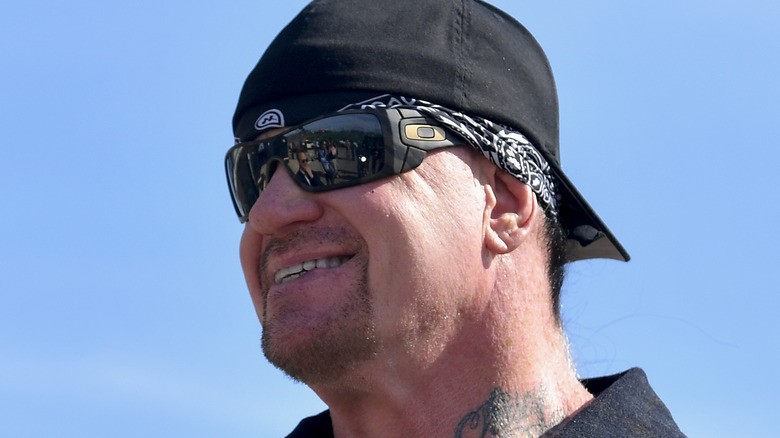 The Undertaker is determined to remain in shape even in retirement. The WWE Hall of Famer took to social media recently to share a video and several photos of his brand new custom-built home gym, which features his iconic Deadman emblem imprinted onto various pieces of equipment.

“Wow! I can’t thank Bert Sorin and all the great people at @sorinex for outfitting my new gym! Totally blown away by it! #workout #swole #fitness #wwe #squatober,” Taker wrote on his Instagram page.

Following his retirement at WrestleMania 36, where he defeated AJ Styles in a Boneyard Match, Undertaker has hosted several “UNDERTAKER 1 deadMAN SHOW” fan events in the lead-up to WWE’s premium live events. Earlier this month, he hosted two matinee performances in Cardiff, Wales, ahead of Clash at the Castle, answering a bunch of fan questions and recounting funny anecdotes from his illustrious career. The legendary wrestler will host another such event in Philadelphia next month during Extreme Rules weekend.

Furthermore, The Undertaker is reportedly starting a new podcast soon, which was confirmed by The Godfather recently. Godfather revealed in an interview that Taker has “already shot a bunch of episodes” and that he’s going to be the guest on the second episode. While there is no word on the launch date, it is believed the podcast will be similar to the “Broken Skull Sessions” series hosted by WWE Hall of Famer Steve Austin, and will air on Peacock and the WWE Network.